Phoria is a premium, all natural supplement that is the result of years of research, hard work and dedication into the world of kratom and kratom supplements. Phoria is an incredibly powerful supplement with numerous beneficial effects and is 100% all natural and legal.

Starting about 6 years ago on a trip to Indonesia, the founding members of phoria were introduced to a plant known by the indigenous people as “biak biak”, a beautiful naturally growing plant with the technical name of Mitragyna speciosa and more commonly known in the western world as Kratom. 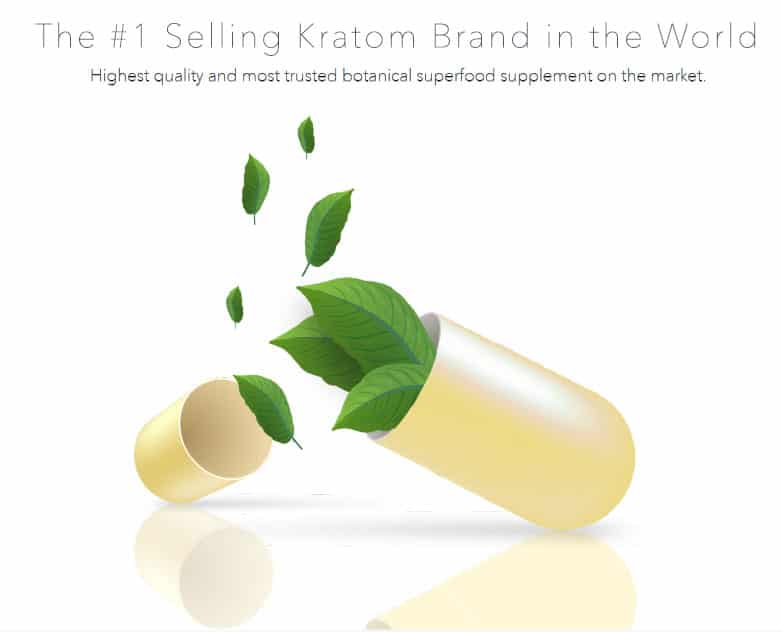 We noticed that many individuals from all economic classes consumed this plant on a daily basis, similar to the level that many westerners would consume coffee. The working class would chew the leaves to deliver a stimulant effect, the shamans and healers would create a tea or extract and prescribe it to those with light to moderate pains and aches, and many would simply drink the tea for it’s recreational and euphoric narcotic-like effects.

The members on our trip have enveloped themselves with ethnobotanicals for the past few years and have been researching rare and unknown plants and herbal substances. Kratom was the Holy Grail we have been looking for. We were told stories by individuals who used kratom to battle ongoing pain issues and felt it was a blessing from the gods to help deal with their struggles. Many would use it as a crutch to get over anxiety, whether social or mentally based. Others simply used it for it’s enjoyable and euphoric side effects. Of course we looked at it from a different perspective with our minds cemented in our analytical and scientific backgrounds, we understood that this plant has some serious beneficial attributes to it. Our plan was to isolate that active ingredient and study it. So we did.

Over the course of the next few years we scoured the globe for areas with naturally growing kratom and we found multiple and unique strains from areas of Indonesia, Thailand, Malaysia, Myanmar and many locations in Southeast Asia with wet and humid climates. This is when we first produced our four kratom strains known as Phoria Original Kratom, Phoria Green Label Kratom, Phoria Red Label Kratom and Phoria Blue Label Kratom.We we’re amazed to find that within these many different strains of this wonderful plant were many varying levels of active ingredients. We rounded up the healthiest plants and strains we could find and took these samples to our laboratories in the USA to begin the extraction process. What we found is there are many active alkaloids within kratom including mitraphylline, raubasine, corynantheidine and a few others, with the most active components being mitragynine and 7-hydroxymitragynine.

Now these two main ingredients are where the magic and really interesting effects happen. These alkaloids are known to bind to both the alpha-adreneric receptors at a lower dose and to the delta opiod receptors at a higher dose, which are neuron receptors located in the brain. This means that at a low dose the user will feel a stimulant like effect similar to that of coffee or caffeine and at higher doses a euphoric, narcotic like effect similar to opiates. However the important part of this is that neither of these alkaloids are technically considered to be an opiate or stimulant, they just feature a unique molecular structure that happens to fit these receptors perfectly, similar to a master key that has the ability of unlocking multiple doorways. This gives kratom an almost magical type of ability not seen in any other ethnobotanical or herbal supplement. They deliver these narcotic and stimulant like effects without the dangerous addiction potentials and side effects commonly found in prescription drugs in the US. This amazing plant seemed to have unimaginable potential with almost zero concernable side-effects.

Many people in Indonesia and southeast Asia have used Kratom for thousands of years for numerous reasons. Some would use it as way to reduce their cravings for actual opioids and ween themselves from addiction, without the horrible withdrawal side-effects. Kratom is also an effective measure at treating pain, anxiety, diarrhea, stomach and digestion issues, reduced appetite (weight loss) and many other ailments. The potential of this plant is incredible and our goal was to offer it to the world in the most purest and cleanest form available.

After discovering this amazing plant and isolating the active ingredients, we knew it was time to offer it to the world. We created phoria, not only as a business venture but also as a moral responsibility to introduce the global community to this amazing product in its purest form. What makes phoria different than other kratom products on the market is that our phoria blend is made up of 7 different types of kratom strains from around the globe. We took the healthiest strains with the most active alkaloids and created a proprietary blend of them. Using this blend we developed a unique and patented extraction method to increase the active ingredients per dosage, doing so using only clean and organic ingredients. The result is the strongest, cleanest and purest form of kratom that can be found anywhere in the world. The result is Phoria – The premiere kratom experience.

Phoria can help you control your pain, anxiety, weight, opiate withdrawal or addiction, and many other ailments and conditions and above all Phoria can simply be used safely as a mood enhancer to deliver a general feeling of well being. Phoria is the answer you have been looking for.

If you are interested in trying Phoria you can do so risk free by clicking here. Phoria is guaranteed to deliver results or you can send it back for a refund. Give it a try today.

Kratom trees, most commonly classified by its genus and species names: Mitragyna Speciosa Korth, has an average height of 12–30 ft (3.7–9.1 m) and a circumference of 15 ft (4.6 m) wide at its leafiest point. Some trees have been found that actually top out at over 95 feet. Kratom leafs are oval or ovate-lanceolate and dark, glossy, green in color. Leaves can grow up to 7” in length and almost 4” in width. The veins are greenish-white (known as “white vein” or “green vein”) or red (known as “red vein”). The “green or white vein” is reportedly more potent. The average weight of a fresh, dried leaf is between a ½ gram to 2 grams. During its flowering stage, the tree can yield up to 120 yellow and globular florets. The fruit from this flower mirrors a capsule in shape and produces small, flat seeds.

Mitragyna Speciosa Korth, part of the Rubiaceae (coffee) family, is a tropical tree indigenous to Southeast Asia, the Philippines and New Guinea although it is now being cultivated in other regions. It’s most dominate locations are Thailand (referred to as “Kratom”, “kakuam”, “ithang” or “thom”) and Malaysia (referred to as “Ketum” or “Biak–Biak”) with recent cultivations becoming dominate in Indonesia (known as “Bali” or “Indo” Kratom ). The leaf of the tree has been historically used for its medicinal and energy-producing properties by chewing the leaves or making tea. The tree was first documented by the Dutch botanist, Korthals. Korthals gave the genus its name because the stigmas in the first species he examined resembled the shape of a bishop’s mitre. Other species of Mitragyna found in India and Asia include: M. Tubulosa, M. Parvifolia, M. Hirsuta, M. Diversifolia, M. Rotundifolia and M. Kuntze. M. Ciliate, M. Inermis, M. Stipulosa and M. Africanus widely grow in West Africa.

Over 25 alkaloids have been isolated from Kratom. The most abundant alkaloids consist of three indoles and two oxindoles. The three indoles are mitragynine, paynanthine, and speciogynine – the first two of which appear to be unique to this species. The two oxindoles are mitraphylline and speciofoline. Other alkaloids present include other indoles, and oxindoles such as ajmalicine, corynanthedine, mitraversine, rhychophylline, and stipulatine.

Kratom has been used in Thailand for centuries, recreationally and as an antidiarrhetic. Its use as an opiate substitute in Malaysia was reported in the nineteenth century. Laborers have used it to counteract the tedium of physical labor, similar to the use of coca in South America. The chemistry was investigated in the 1920s, and mitragynine was isolated in 1923. Kratom leafs became part of the ethnobotanical trade in the United States and Europe in mid 2000.

Get all the latest and great kratom deals we have to offer.

Kratom from people that care.

The kratom tree is native to Southeast Asia where we directly import it from local farmers that take great pride in offering the highest quality hand-picked leaves we could find.

Get notifications about our amazing kratom deals.

Get notifications about our amazing kratom deals.

This product is not for use by or sale to persons under the age of 18. This product should be used only as directed on the label. Consult with a physician before use if you have a serious medical condition or use prescription medications. A Doctor’s advice should be sought before using this and any supplemental dietary product. All trademarks and copyrights are property of their respective owners and are not affiliated with nor do they endorse this product. These statements have not been evaluated by the FDA. This product is not intended to diagnose, treat, cure or prevent any disease. By using this site, you agree to follow the Privacy Policy and all Terms & Conditions printed on this site. Void Where Prohibited by Law. Due to recent laws passed in Alabama, Arkansas, Indiana, Tennessee, Vermont and Wisconsin, we do not ship to these areas. For respect to foreign and domestic laws, we will not ship to areas where Kratom is deemed illegal.