Skip to content
Home/Kratom Information/What is the difference between kratom strains?
Previous Next

What is the difference between kratom strains?

Red vein kratom stems and leaf veins appear red in color. Red vein kratom appears the most abundant in nature and is known to be one of the most persistent and hardy types of kratom. This strain according to many user accounts appears to give a more relaxed feeling than any of the other types. The feeling of well-being, relaxation and euphoria are known effects of this strain. It has also been useful for people with insomnia because of its sedative effects. Just like the other strains, red vein kratom also produces pain relieving effects as well.

People who try white vein kratom report more of a jolt in energy. Keep in mind that everyone is different and many other factors depending on the user come in to play such as lifestyle, weight and tolerance of the individual however known user reports of white vein kratom are unanimous in that it provides some sort of grave energy boost. Other effects include mental and whole-body stimulation, euphoria effects, talkativeness, alertness and cheerfulness. It is advisable not to take this strain too late in the day, similar to caffeine it can keep you awake at night.

Kratom with green veins pretty much falls in between red vein and white vein when it comes to the effects on human physiology. Green vein has mild energy boosting attributes. Green vein is the go-to for people that don’t want one extreme or the other. Green vein kratom has been well documented to provide long lasting effects without any type of hangover or ill-advised side effects. Green vein kratom has also been known to provide very avid talkativeness and is a great strain to take for a night out on the town where socializing plays a key role, making you feel very comfortable in your own skin.

Our Strains Available by Phoria 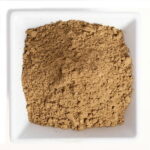 This is the most potent, sedative and fastest acting strain of Maeng Da Kratom. It provides stress release and creates a sense of well-being, optimism and relaxation. 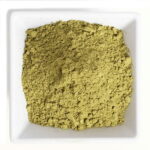 Is an energizing and mood enhancer. It boosts cognitive functions and memory. This strain is very euphoric. White Maeng Da takes the normal pain relieving properties of a red strain and adds a nice energetic kick because of it’s specific alkaloid properties.

Provides immediate stimulation to the brain. It acts as a natural detox for your body which helps maintain a stable metabolic rate. Many people say it can even increase sex drive and decrease depression. 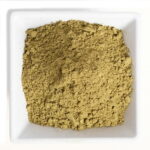 Relaxing and euphoric which is perfect for someone looking to unwind after a long day.

Enhances energy and boost in concentration levels. Mostly used as a stimulant to replace caffeine, it is good for people who work long hours and needs boosts of energy to stay motivated. 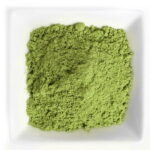 Long Lasting effects. Provides boost in energy and increased euphoria and happiness. Other effects are chronic pain relief, heightened concentration, and a boost in mood. 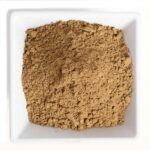 Now this baby is our own creation, we took all of the strains listed above and mixed them together to create the perfect blend. This blend is so amazing it’ll have you begging for more!

About the Author: Greg Walker

Greg Walker is an avid product developer and bio-hacking enthusiast at Phoria Organics.